Call Us
Email Us
MENUMENU

Why our members choose the Clarington Board of Trade!

"The CBOT has offered me an opportunity to increase my presence in the community. The wonderful women who run the CBOT have been incredibly helpful and supportive, whenever I've had a question or concern. I love that they offer evening events... Besides all of the extras that the CBOT offers; I've also met a lot of great business owners, who I consider friends. Why wouldn't you want to be part of such a phenomenal group?"
Corry Hamilton, Owner
Taking The Lead, Bowmanville
“The key reasons that W.O. Insurance Brokers chose to and continues be a member of Clarington Board of Trade is that it provides an opportunity for our team to meet people in the community we work, through a variety of avenues (networking events, educational events) in addition to the solid work they do in promoting local business. There are also many other benefits available depending on your business needs.”
Dale Gibbons, Owner
W.O. Insurance Brokers, Courtice
“Amongst the benefits we have accessed through the Board is an excellent Benefit Program for our employees. Besides the very favorable rates for the various Plans, is the representative who helps you plan and make changes to suit your business activities.”
Francine Nesbitt, Owner
Safe & Sound Manufacturing, Bowmanville
“…CBOT has provided great networking opportunities for us to meet the people behind the products in our community. The organization has also offered affordable educational seminars to update business owners on topics & keep things fresh. If you think that you've got things right, you've already lost! The networking & seminars alone make the CBOT Membership Fee a bargain.”
Fred & Sandy Archibald, Owners
Archibalds Orchards & Estate Winery, Bowmanville
“…In today’s competitive marketplace, every business owner not only needs to run their business to their best potential, they also need to become a part of the community. The CBOT is one of many channels to help a business owner achieve that. We are proud to be members and glad to be a part of the Clarington business community.”
Mike Gazo, Owner
Perfect Party Place, Bowmanville
"The Bowmanville Veterinary Clinic has been members of CBOT for many years. The staff at CBOT are friendly and helpful. CBOT provides excellent networking opportunities for businesses. It gives a great sense of community and support for small businesses. Our clinic recently celebrated 40 years in business and was honoured to receive a longevity award at the annual CBOT dinner. It is great that CBOT recognizes these milestones that mean so much to small businesses."
Sandra McBride
Bowmanville Veterinary Clinic 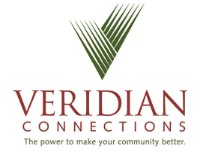